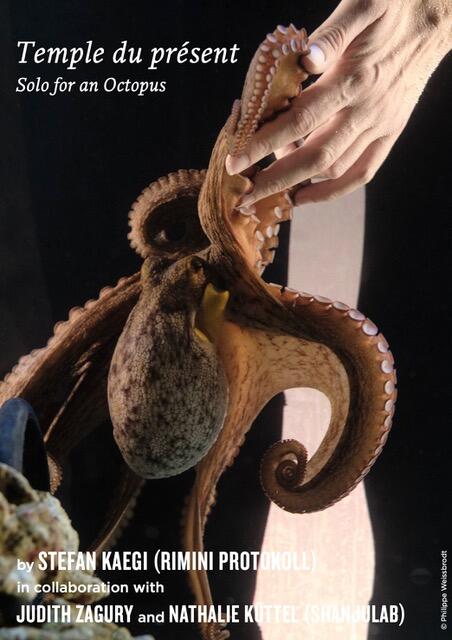 Stefan Kaegi with Judith Zagury and Nathalie Küttel imagine a theatrical aquarium to stage an octopus, that gifted, curious and playful animal. The relationship with the octopus shapes the show to the point of reversing the roles: who is playing with whom? Who is observing whom?

“Octopuses, with their 8 arms, 9 brains, 3 hearts and thousands of suckers, are capable of multiple actions or of changing colour radically. Attracted by what they do not know, they are able to learn from their experiences, and some specialists have even uncovered singular and individual forms of humour and empathy. Emerging from an evolutionary fork parallel to that which resulted in the human species, their extraordinary abilities would enable them to build advanced civilisations, were they only able to pass on their knowledge between generations – yet females die shortly after giving birth and each individual must start the process of learning anew. What can we – humans, spectators – learn from this multi-tasking talent, this master of solitary camouflage?

The show is conceived in relationship with an octopus, as the outcome of a process of learning and exchange, according to its needs, its knowledge and its reactions. With the complicity of ShanjuLab, an artistic collective based in Gimel that lives and collaborates with animals while permanently pursuing a line of ethical questioning, Stefan Kaegi has devised a theatrical, musical, cinematographic and documentary device in which the observer may not be the one we expected. And this time, the expert is the animal.” – Stefan Kaegi & ShanjuLab

The Swiss artist Stefan Kaegi is one of the leading figures in European theatre. With the Rimini Protokoll collective, he has contributed to broadening the notion of documentary theatre by attempting to depict reality in all its facets, notably by calling on “experts of everyday life”.

ShanjuLab (Judith Zagury, Shantih Breikers) is a theatrical research laboratory on the animal presence created in 2017: The human-animal relationship remains at the centre of the work of the ShanjuLab Company.

Support this film by Stefan Kaegi (Rimini Protokoll) with ShanjuLab by making a direct donation to them at the following details: bank account information: rBAN CH86 0076 7000 5030 6187 6 Swift code: BCVLCH2LXXX 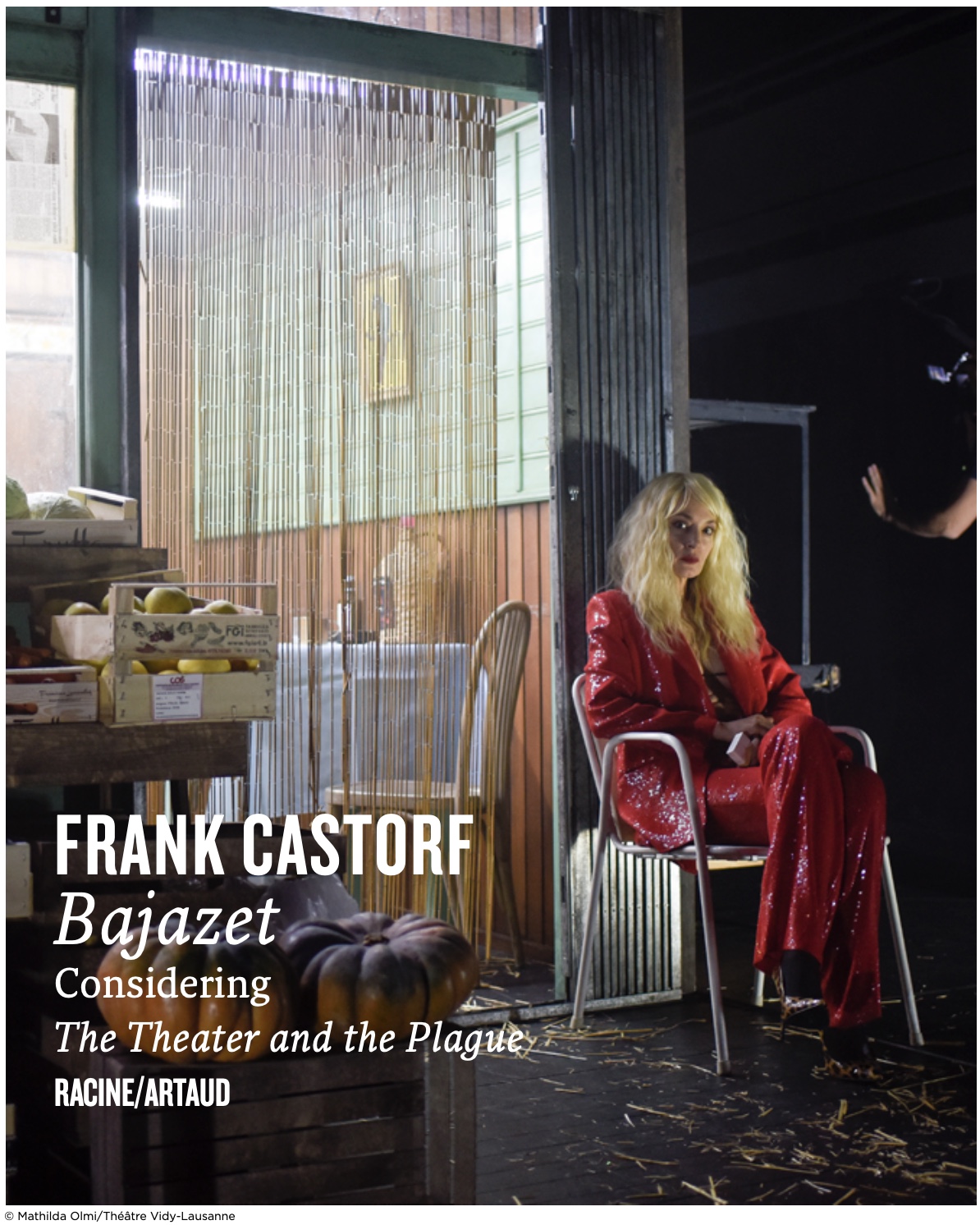 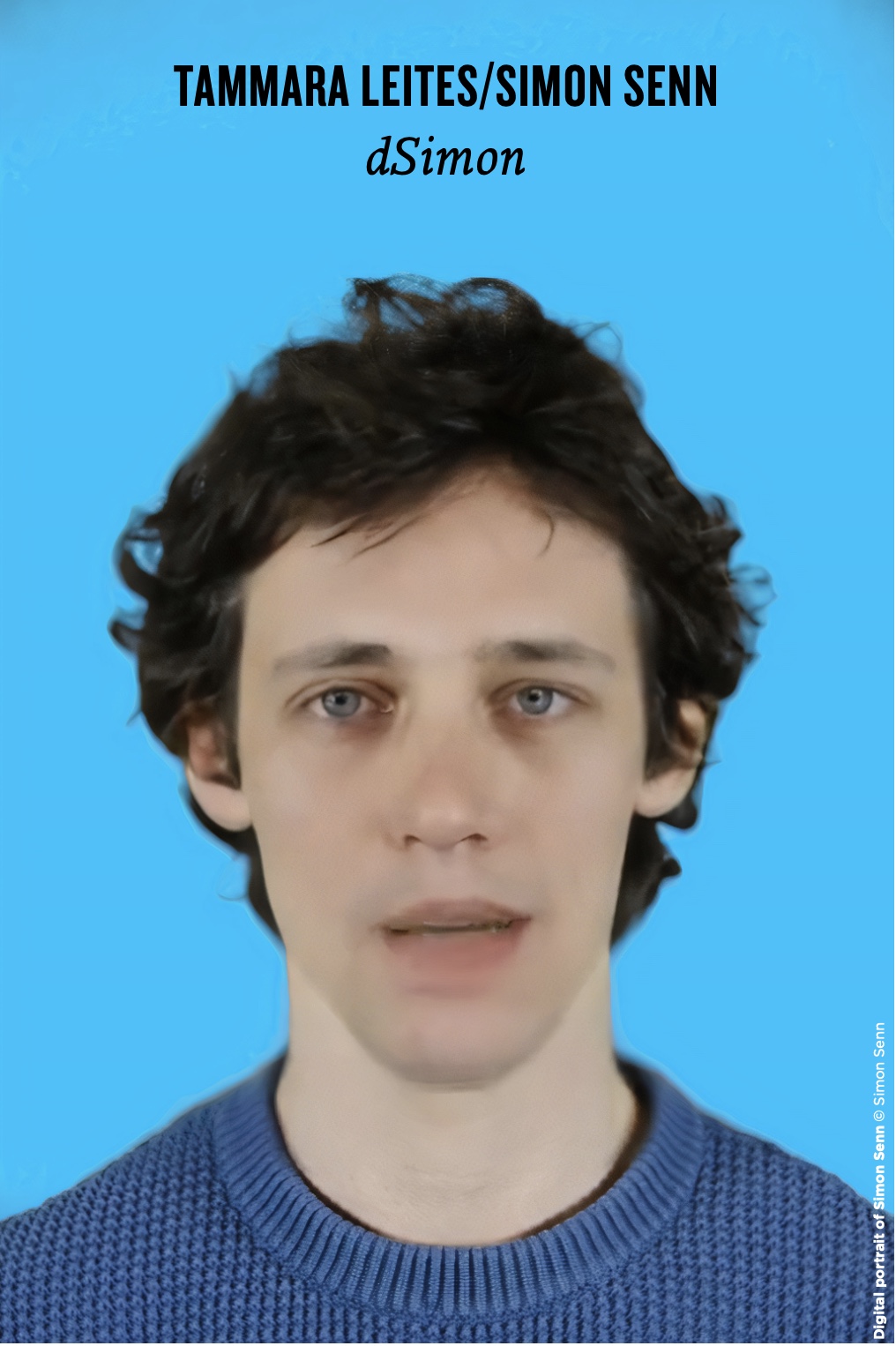 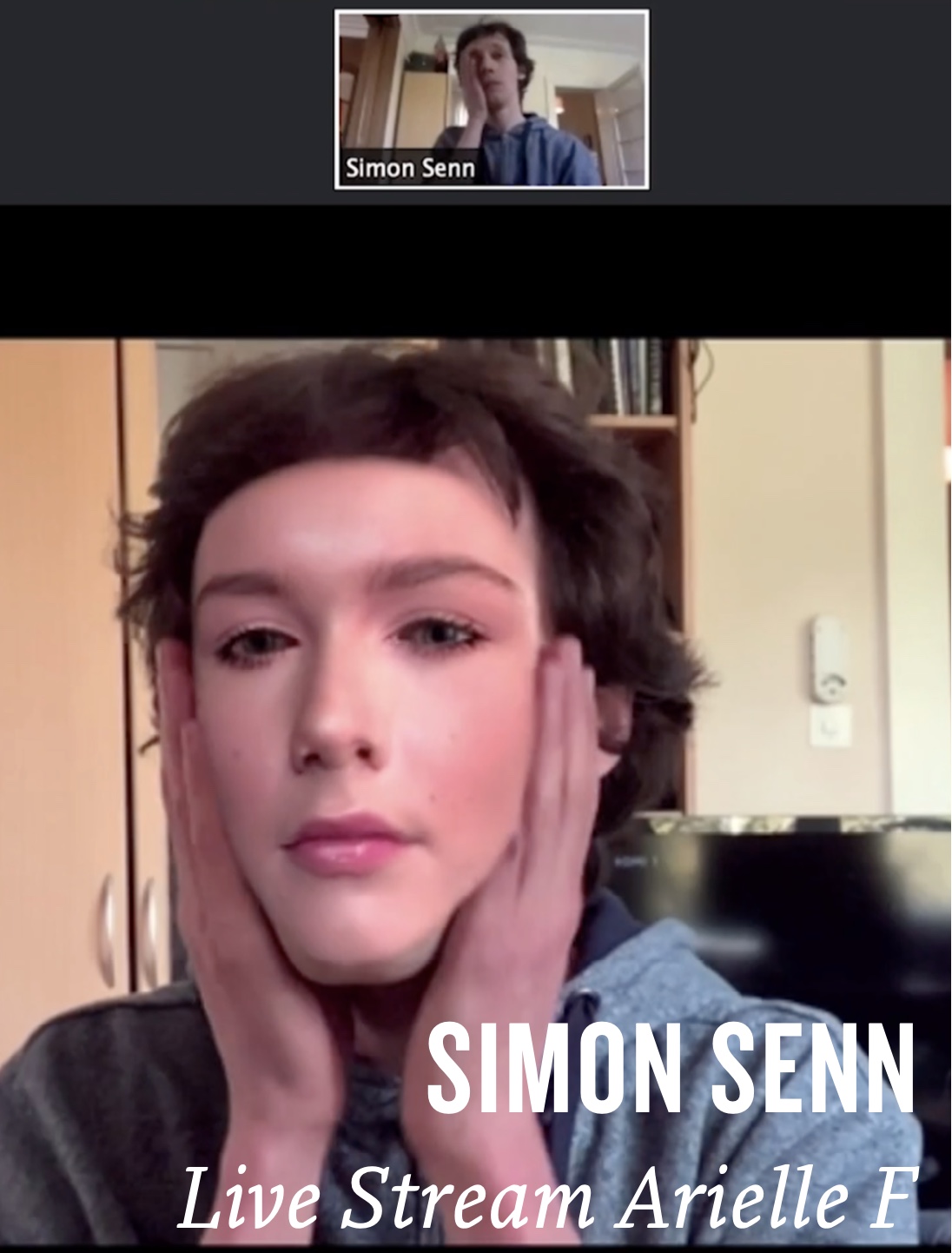