About The Poetic Consultations

Since the first lockdown, more than 200 French and international artists (actors, musicians, dancers), as well as several renowned scientists have united under the direction of Demarcy-Mota to offer an unexpected and worldwide exchange first by phone, but also as soon as possible, with physical presence in hospitals, schools, universities and social centers.
Initiated as a means to fight isolation and preserve activities for artists, this project demonstrates on a growing daily basis the part that artists may take in civic involvement.
The Poetic Consultation begins with a simple question: “How are you?” Based on the answer a poem, a dance or a music is selected by the artist as a “poetic prescription” and read or performed, by phone, or in the streets and public gardens of the city, wherever possible.
This artistic and solidarity project has been developed through partnerships in Europe, Asia and 10 countries in Africa where consultations are held during the pandemic period.
To this date 25,000 people from all around the world have taken part.
Also notable: Demarcy-Mota’s Arts and Sciences program, and Art and Health Initiative.

“Today, it seems more essential than ever to us to be with those who have been weakened by the health crisis. Our commitment is to preserve, support and reinvent the links between culture, health, science, education and the social field.”

To dream, to create, to build, to cross borders, Emmanuel Demarcy-Mota has always combined these verbs with the same enthusiasm. Director of the Théâtre de la Ville- Paris since 2008, he considers a theater as a house, open to all audiences and to all creators. His choices as stage director testify to his freedom and his fertile concern: Ionesco, Camus, Pirandello, Vitrac, Horváth, Balzac, Lewis Carroll, Miller… He reveals the modern acuity of these authors and build a repertoire with a company he has worked with for over 15 years.
During the global lockdown in 2020, he imagined ‘Tenir Parole’, a solidarity and artistic program, bringing together artists and people from various fields : health, culture, education and science. During the pandemic, he created the ‘Troupe de l’Imaginaire’, 200 artists of different nationalities speaking 22 languages. They meet the population in hospitals, social centers, schools and universities, sharing the conviction that being an artist is not a job like any other, it is a job for others.

Explore projects created under The Poetic Consultations from March 1st to March 15th 2022 on the Segal Center Film Festival on Theatre and Performance (FTP) website.

Support this project by Emmanuel Demarcy-Mota / Théâtre de la Ville by making a direct donation to them at the following details: amagdelenat@theatredelaville.com 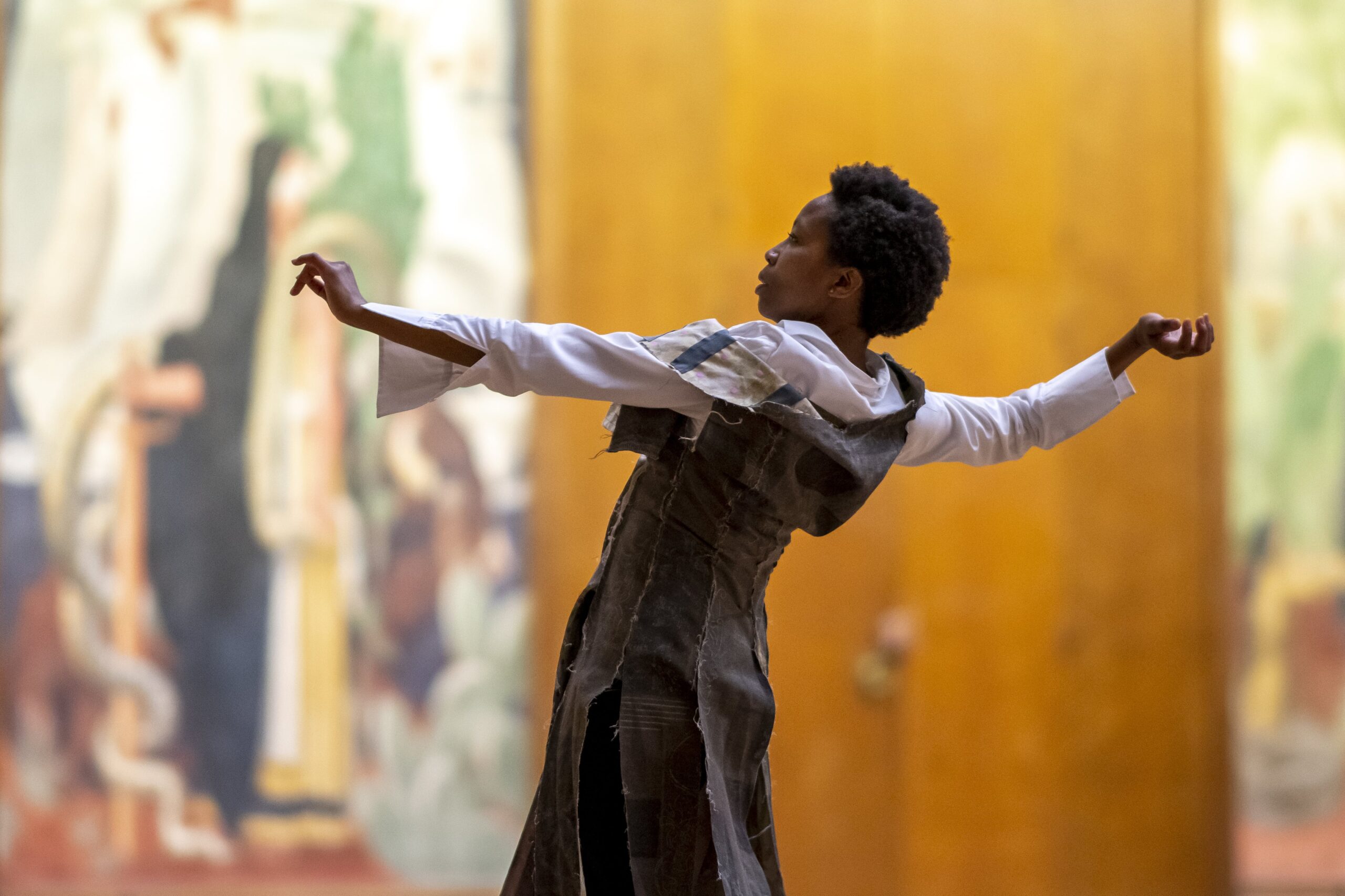