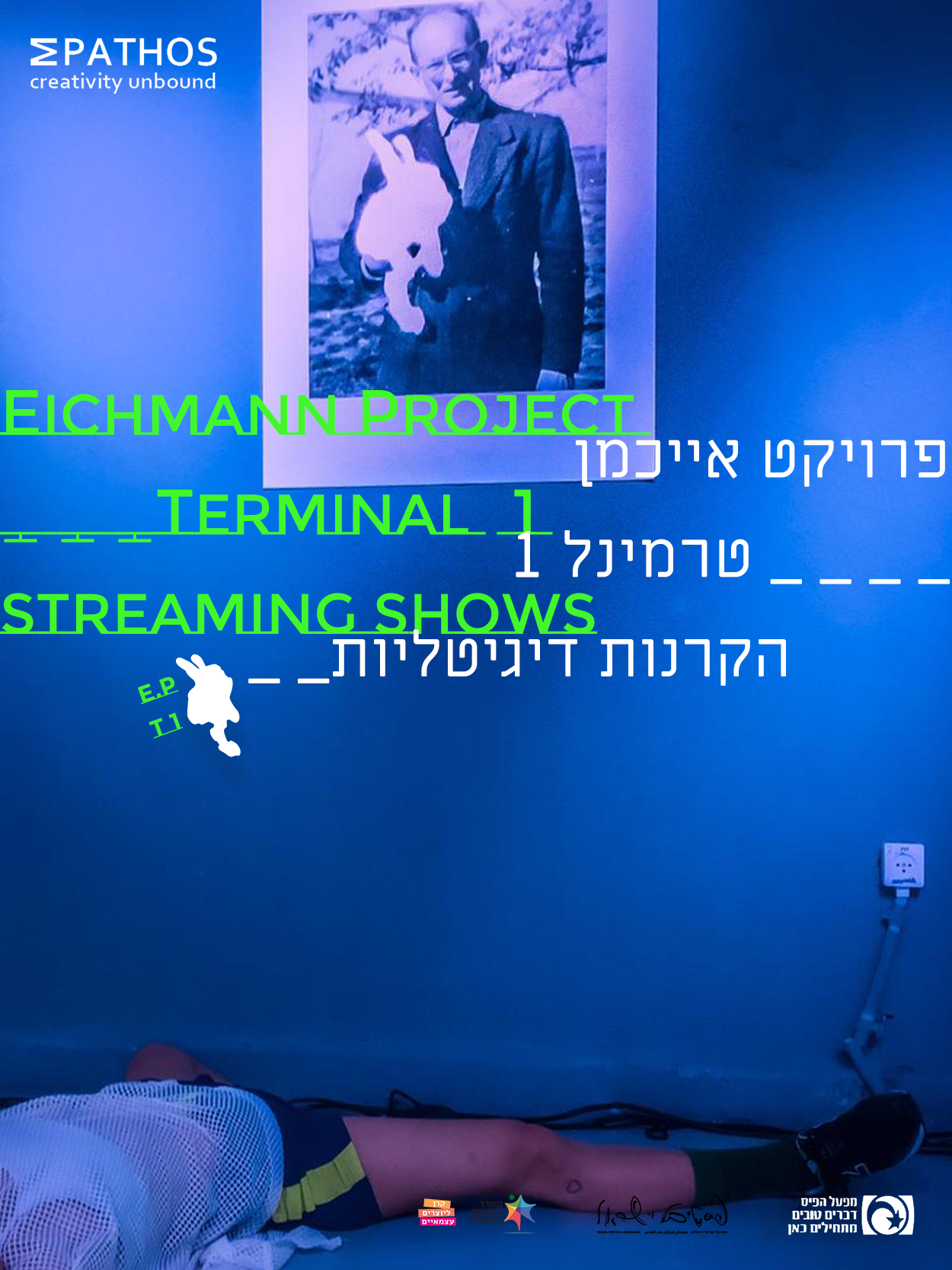 About The Eichmann Project – Terminal 1

60 years after David Ben-Gurion’s dramatic announcement of Adolf Eichmann’s capture, the Pathos-Mathos Company revisits one of the seminal events in the history of Israel – the Eichmann trial.
The Eichmann Project – Terminal 1 is a multidisciplinary stage event – a ritual of reenactment for camera, invoking the voices that resonated in 1961 in Jerusalem, and returning to the public storm that followed the trial, shaken by following the restrictions imposed by the Covid-19 pandemic.

The work was invited in 2021 to festivals in Graz, Kosovo and Canada.

“Dekel-Avneri, known for challenging the stage-audience relationship, harnesses the absence of the live audience during Covid-19, and creates a new bond between the performers and spectators via the camera, thus giving rise to a new art form, a hybrid between Theatre and Cinema.

In Eichmann Project – Terminal 1, Pathos-Mathos’ first production adapted especially for the screen, Dekel-Avneri uses cinematic language to communicate her work both as a theatre director and as a director of the cameras.

As professor Gad Kaynar wrote: “The Eichmann Project – Terminal 1, is a fascinating venture, a new chapter in the generative correspondence between the Israeli theatre and the convention of reality in which it is anchored, with the Holocaust as theatre. But it is also an analysis of a trial as theatre, of theatre without an audience, and of the Holocaust as the reality we live in, which destroyed both the actors and the audience. An interdisciplinary work of mind-blowing ironic and agnostic counterpoints and “sacred” texts.”” -Pathos-Mathos company

An Israeli theatre director, curator, translator and dramaturge.
Recipient of the prestigious Rosenblum Prize for the Performing Arts, and the Israel Institute Visiting Artist program.

Watch The Eichmann Project – Terminal 1 from March 1st to March 15th 2022 on the Segal Center Film Festival on Theatre and Performance (FTP) website.

Support this film by Lilach Dekel_Avneri, Pathos-Mathos company by making a direct donation to them at the following details: https://www.paypal.com/donate/?hosted_button_id=PD4BCBSVHVCP4