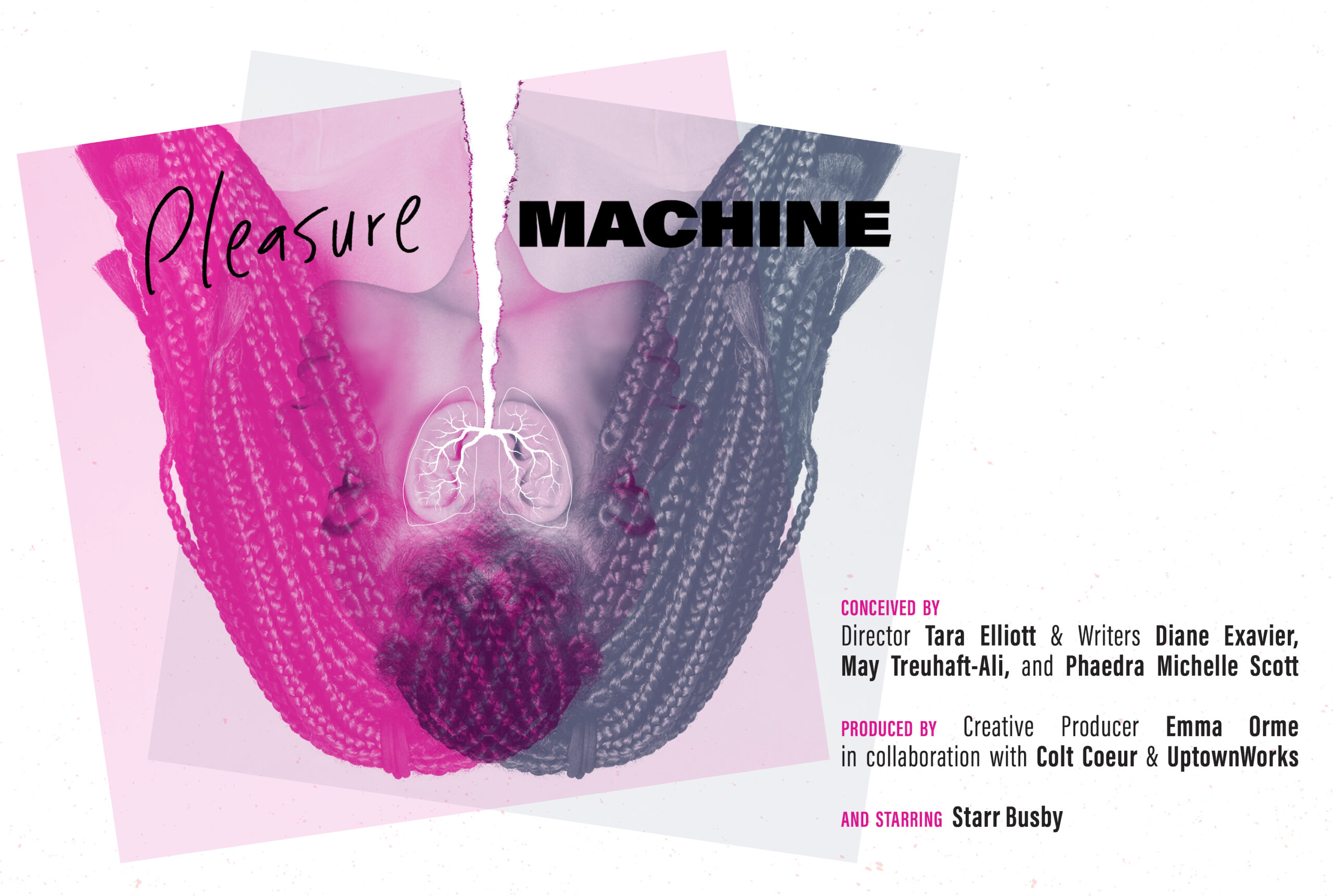 When Black sound artist H (voiced by Starr Busby) receives the offer of a lifetime from self-identified ‘white and woke’ tech giant Librate, they are forced to choose between their community of listeners and the allure of financial freedom. From Bed Stuy to Mexico City, over cocktails and Twitter, H battles financial and ethical pressures until they lose themself and their loved ones in one fell swoop.

In the midst of a private session with their top tier patron Zina, H’s 17 year-old niece has a panic attack, bringing H’s priorities into clearer focus.

H reaches a fork in the road.

And then listen to the final six episodes HERE.

H is played by Starr Busby

Val is played by Portia

Zina is played by Jasmin Walker

Kane is played by Adam Harrington

Produced by Colt Coeur, in association with Emma Orme and Tara Elliott.

This project was made possible by the Venturous Theater Fund of the Tides Foundation, with additional major support from Ashley Garrett. The live events were made possible by NYSCA’s Restart Grant.

This podcast was recorded under a SAG-AFTRA Collective Bargaining Agreement.

Listen to PLEASURE MACHINE from March 1st to March 15th 2022 on the Segal Center Film Festival on Theatre and Performance (FTP) website.

Support PLEASURE MACHINE by making a direct donation on Colt Coeur’s website HERE and including “Pleasure Machine” in the “How did you learn about Colt Coeur?” field. Read more about PLEASURE MACHINE at www.coltcoeur.org or on Instagram @coltcoeur. Have questions?  Email Creative Producer Emma Orme at emma.s.orme@gmail.com.

Artists’ ensemble Colt Coeur creates theater that pulls you close and doesn’t let go. Founded in 2010, Colt Coeur has created and produced thirteen world premieres: Seven Minutes in Heaven, together as a company with playwright Steven Levenson; Fish Eye, with playwright Lucas Kavner; Recall, by Eliza Clark; Everything is Ours, by Nikole Beckwith, and Dry Land, by Ruby Rae Spiegel, How to Live on Earth, by MJ Kaufman, and Cal in Camo, by William Francis Hoffman (co-production with Rattlestick Playwrights Theater), Empathitrax, by Ana Nogueira, Zürich, created through a Toulmin Commission grant with playwright Amelia Roper, Joan by Stephen Belber, Hatef**k by Rehana Lew Mirza (co-pro with WP Theater), Eureka Day by Jonathan Spector (East Coast premiere), and Polylogues by Xandra Nur Clark. The first twelve of these productions were directed by Founding Artistic Director Adrienne Campbell-Holt and were New York Times and/or Time Out New York critics’ picks. After playing to sold-out houses, many have gone on to publication and productions around the country and abroad.

Tara Elliott (she/her) is a director, choreographer, and producer who creates performances that asks questions about the human experience of power and shame, the cultural experience of sameness and otherness, and the dramatic experience of how we tell and perceive stories. She is the director of critically acclaimed shows Burq Off! and Not the One and a producer of the Gotham Award-winning web series Shugs & Fats. She translated and directed the workshop premiere of prize-winning Chilean play Las Analfabetas. She is the recipient of a Tow Travel Grant for research in Cuba, and has developed new plays with Clubbed Thumb, Colt Coeur, Pipeline Theater Company, LaMicro Theater, Teatro LATEA, BAX, Goethe Institut, Exquisite Corpse Company, Atlantic Pacific Theater, KOFest, and The Barn Arts Collective. Her work has been seen internationally in London, Seoul, Edinburgh, Toronto, Vancouver, and Santiago, and in NYC at The Public, The Cherry Lane, The New Ohio, HERE Arts, and Walkerspace among others. 2019/2020 Directing Resident with Colt Coeur. 2018 Drama League Directing Fellow. MFA Directing, Brooklyn College.