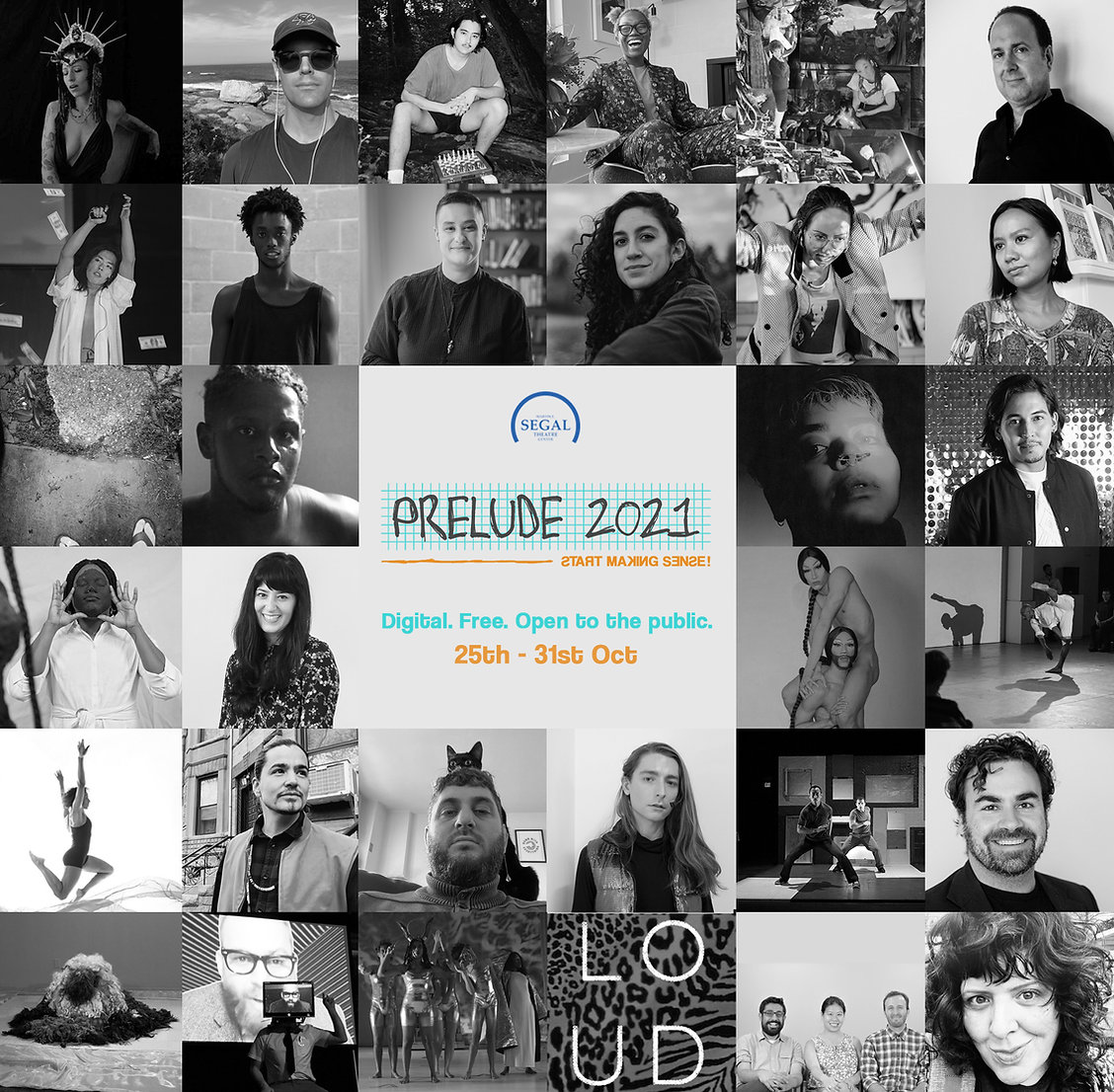 by The Segal Center

The Prelude Festival has been providing a platform for artists, critics, activists, and producers since 2003. Over the years, Prelude has given New York audiences a first look at new work and ideas by over three hundred artists, including the likes of Marina Abramović, Richard Foreman, and The Living Theatre.
​
In this digital edition, it will explore the many ways in which the theatre community continues to adapt to present times through panels and performances that put artistic practice in conversation with critical discourse. Along with a radical approach to curation (chain curating), the festival has also, for the first time since its inception, invited seven pan-US theatre and performance companies to explore their artistic practice and engage in critical discourse.
​
Here’s what’s in store:
​
19 artists who will be sharing interdisciplinary works-in-progress.
​
14 pre-recorded pieces available for viewing at the Festival website (www.preludenyc.org) and the Segal Center YouTube Channel until October 31, 2021.
​
5 live-streamed performances on all weekdays across www.preludenyc.org and our long-standing digital collaborators www.howlround.com.
​
We will be hosting daily Segal Talks with the Prelude 2021 artists and curators, Panel Discussions with contemporary creators on conversations spanning criticism, Indigenous art, the resounding effects of the ’70s and more. We also have the much-awaited Franky Award Ceremony.
​
Presented by the Martin E. Segal Theatre Center
Executive Director and Festival Founder Frank Hentschker.
Prelude 2021 is produced by Andie Lerner and Tanvi Shah.

The 2021 Prelude Festival is supported by the Lucille Lortel Foundation.

About The Segal Center

The Segal Center bridges the gap between the academic and performing arts communities through dynamic public programs and digital initiatives that are free and open to all.

In addition, the Center maintains its long-standing visiting-scholars-from-abroad program, publishes a series of highly regarded academic journals, as well as single volumes of importance (including plays in translation), all written and edited by renowned scholars.

Read more about The Segal Center and Prelude Festival 2021: Start Making Sense! at (https://preludenyc.wixsite.com/2021) or get in touch at mestc@gc.cuny.edu | IG Twitter @preludenyc
FB @preludenyc