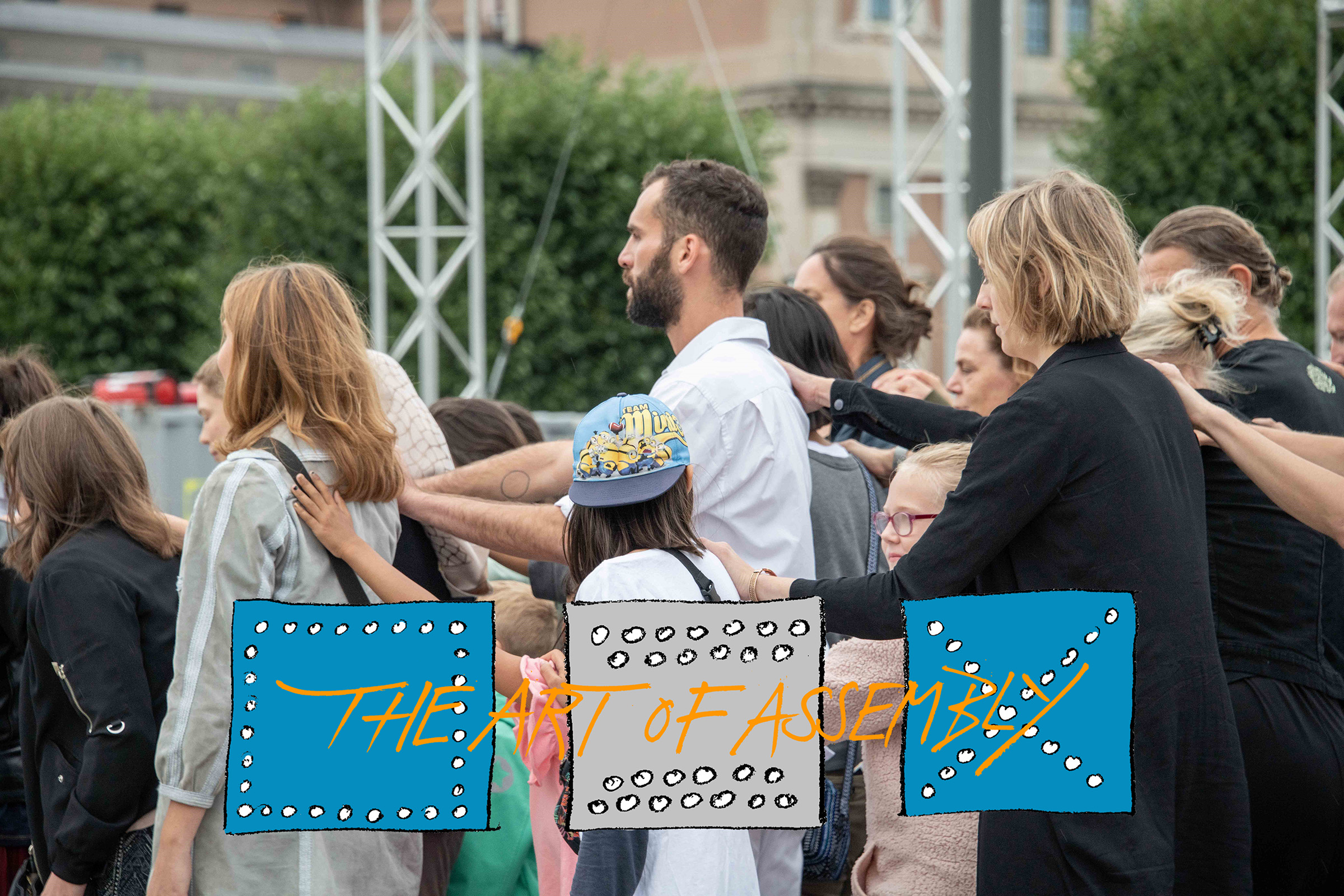 The Art of Assembly

About The Art of Assembly

Whether in Tunis, Cairo, Madrid, or Lisbon, in Athens, New York, London, or Istanbul, in post-Fukushima Tokyo, in the midst of Niemeyer’s iconic parliamentary architecture in Brasilia, under the umbrellas of Hong Kong, or on the streets of Minneapolis: social and political movements of recent years have often been characterised by their search for alternative forms of gathering, of arguing and making decisions, of negotiating community and society. The potential of these assemblies lies in more than just the demands they put forward; many of them change reality merely by practicing radical models of democracy.
The arts have also shown a renewed interest in concepts of gathering and creating public spheres in which society is not only mirrored but constantly tried out, performed, tested, reimagined, or even reinvented: Court hearings on artistic freedom, religion, and censorship; tribunals on exploitation and violence; summits on climate change or cultural policy; parliaments allowing those who are usually silenced to speak… Theatre in particular has become a stage for assemblies on the fine line between art and reality, a democratic arena of radical imagination.
But what is the future this concept of gathering has ahead of it after months in a state of emergency that has thrown pretty much all areas of social life out of step? Gesellschaftsspiele: The Art of Assembly brings together protagonists from various fields of art, politics and theory to speculate on the potential of assembly in a time of experiencing that nothing is certain – a time in which every form of physical togetherness has become precarious.

“The Art of Assembly” is based on the book:
Florian Malzacher. Gesellschaftsspiele. Politisches Theater heute. Berlin: Alexander Verlag, 2020.

The individual projects under The Art of Assembly include:

The Art of Assembly X: THE POLITICS OF MULTITUDE: ASSEMBLY AS STRATEGY
With Anna Clara Basilicò / Rise Up For Climate Justice, Antonio Negri & Marco Baravalle

The Art of Assembly V: ASSEMBLIES OF THE MANY
With Eduard Freudmann, Gin Müller, Philine Rinnert & Heidrun Primas & Florian Malzacher

The Art of Assembly IV: CHOIRS OF PRECARITY AND POWER
With Claudia Bosse, Alia Mossallam, The Church of Stop Shopping & Florian Malzacher

The Art of Assembly I: ASSEMBLY AS PREENACTMENT
With Oliver Marchart, Dana Yahalomi & Florian Malzacher

Florian Malzacher is an independent performing arts curator, dramaturge, and writer. 2013 – 2017 he was artistic director of Impulse Theater Festival (Germany), 2006 – 2012 co-programmer of the multidisciplinary arts festival steirischer herbst (Austria).
He (co-)curated numerous events, mostly with political inclinations like the 170 hours marathon camp “Truth is concrete” on artistic strategies in politics (Graz, 2012), the performative exhibition “Appropriations” (Ethnological Museum Berlin, 2014), the congress “Artist Organisations International” (HAU Berlin, 2015), “Sense of Possibility” on the occasion of the 100th anniversary of the revolution (St. Petersburg, 2017), “After Supervising the Machinery” (2020), or “Training for the Future” (with Jonas Staal, since 2019).
Florian Malzacher has taught at numerous universities and academies, in 2021 he was visiting professor at the Institute for Applied Theatre Studies, University of Giessen.
He has (co)edited/(co)written several books, e.g. on the theatre companies Forced Entertainment (2004), Rimini Protokoll (2008), Nature Theater of Oklahoma (2019), and andcompany&Co. (2021). Among his publications are Truth is concrete. A Handbook for Artistic Strategies in Real Politics“ (2014), Not Just a Mirror. Looking for the Political Theatre of Today (2015), Empty Stages, Crowded Flats. Performativity as Curatorial Strategy (2017), and Gesellschaftsspiele. Politisches Theater heute (2020). He is based in Berlin.
https://florianmalzacher.tumblr.com

Explore projects created under The Art of Assembly from March 1st to March 15th 2022 on the Segal Center Film Festival on Theatre and Performance (FTP) website.

Support this project by Florian Malzacher by making a direct donation to them at the following details:

I Can See You by Nebojša Marković